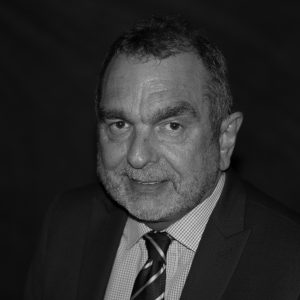 Paul has overall responsibility for First Choice as a whole and manages the success of the Eight branches by directing all operational aspects of each branch and driving sales within each division.

Paul is responsible for ensuring that Team Leaders and their staff keep branches to the highest possible standards and that all policies, procedures and controls are followed.

Paul joined the rapidly expanding First Choice in September 1996 after having worked in recruitment since 1985. He was initially based in the Belfast Head Office when it was one of only two Offices the company had, the other in Newry.

Shortly after commencing with First Choice Paul was offered an opportunity, by Managing Director Sean Doyle, to open a new office in Ballymena as part of Sean's plan to create a province-wide Branch Network.

Paul opened our Ballymena Branch in November 1996 with one phone, a yellow pages and two cardboard boxes! The branch very quickly grew from strength to strength and became one of First Choices most successful ventures.

Paul was promoted to Area Manager in June 2001 with First Choice then having eight offices throughout the province.

Paul's many years of experience and length of service with First Choice gives him a unique in-depth understanding of the market and allows him to continually look at new strategies and ways to grow First Choice as a Recruitment and Training Business.

Paul is clearly driven by success and the success of the company he has invested so much of his working career in.

Paul is an a "Sage" - Paul says wisdom is the key to success and everything else is secondary to the pursuit of knowledge.

Paul hopes to continue to be the driving force of First Choices' success and to further develop his team within their own careers and to see Consultants promoted through the ranks of this ever changing, ever growing business. 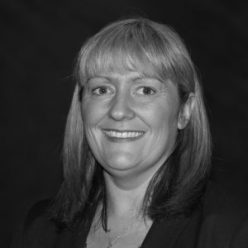 Michelle is the Manager of First Choice Training and is the one that organises the weekly training courses, what courses are on where and which trainers are taking them. She also centrally manages the organisation of training that clients have requested and prepares these for delivery.

Michelle is always trying to improve the quality and type of courses First Choice deliver and is often requesting that the training team devise new bespoke courses in certain areas as she has a vision to deliver it.

Michelle trained for many years and found that it was a passion for her. However, she rarely actively teaches now as she is more involved in the implementation and delivery of our courses.

Michelle created and developed the Training Division in First Choice because she saw a need to be able to offer clients good quality, reliable and fully trained care staff. She has said that she was, less than enthusiastic, about her care staffs training so decided she was going to do it herself. This started her on the road of becoming a qualified trainer and progressively building the division in the last number of years.

Michelle has said that her team of trainers are, "The best in the business" Her team follow all regulatory and mandatory requirements when it comes to training but also offer these in a bespoke, unique way. 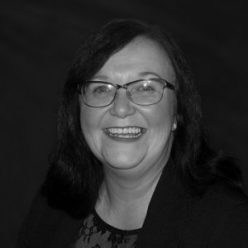 Karen is, not only, one of our longest serving First Choice employees but is also our longest serving trainer. Karen undertakes regular training courses along side her main sales role within our Head Office. She joined the Training Team in its infancy back in 2011 and assisted in the progression and development of it to become the establishment it is today.

Karen enjoys the training aspect of her role at First Choice. She has said she is keen to assist people learn in an interactive and enjoyable way. Karen has said the skills she instils in people can only benefit them in their working careers but also in their personal life.

Karen has said that First Choice Training is, by far, the most innovative, interactive and forward thinking training courses that she has ever been involved in. She said the fact that the trainers that First Choice employ are not only trainers but also have working industry knowledge of the areas they train in sets them apart from many other training companies. 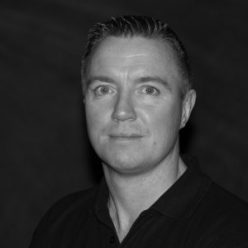 Darran is, not only a trainer for First Choice, but also for the civil service. He joined our Training Division in March 2012 and has steadily developed a range of training  material to suit the ever growing needs of our employees and our business. Darran is qualified through the Health and Safety Executive, The National Examination Body of Occupational Safety and Health  and holds a Diploma in Teaching in The Lifelong Sector.

Darran has trained for such a long time he has said that he has fallen in love with enabling other people to improve their skills and their abilities. He has said that his main aim in a training course is to change and better peoples thought processes to handle situations better. As Darrans courses are  not about teaching how to use equipment but how to think differently in certain situations it can be emotionally provoking for attendees and trainer alike.

Darran has said that becoming a trainer for First Choice has taught him, as a trainer, so much. He has met such a range of wonderful employees over the years that have helped him grow and develop as a trainer. Darran has said he gets his information from his trainees which allows him to improve his course content and keep it appropriate and relevant to the day to day workplace. 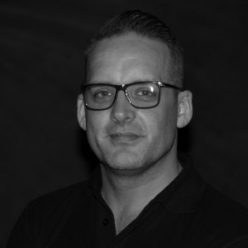 Gary commenced employment with First Choice as a temporary Support Worker with our Bangor Branch. He worked in numerous environments and then secured a permanent role in a local supported living unit.Gary continued his studies and worked his way through the ranks , during which time he became interested in training others and began his training career as a Manual Handling Trainer.

Gary rejoined our team as a trainer in May 2014 and has been working in our Training Division ever since. He has been on regular training courses himself and has widened his training portfolio through First Choice.

Gary still works within the Healthcare environment alongside his training work. He has said this is a perfect balance of doing what he loves caring for those that need and promoting independence as far as possible whilst teaching others to do the same to the best of their abilities.

Gary has never been involved in a Training Team prior to joining our team at First Choice. He has said that the First Choice Training Team all fully understand that training is a continuously evolving subject matter and that no two courses that they run will ever be the same. He said working with knowledgeable, respectful trainers that are working to the same ethos and end goal as yourself is so important and that's what makes the team he belongs to a real asset to First Choice.

We are often considered as a one stop shop for our clients training needs. With premises in Belfast, Ballymena, Bangor, Coleraine, Enniskillen, Lurgan and Newry we service companies throughout Northern Ireland with affordable, bespoke and quality face to face interactive training.

Our training can be delivered at your own premises or at one of our training suites, whichever suits your company needs best. We also offer “Open Courses” in certain training if you find you only need 1 or 2 members of staff trained at a specific time of the year.